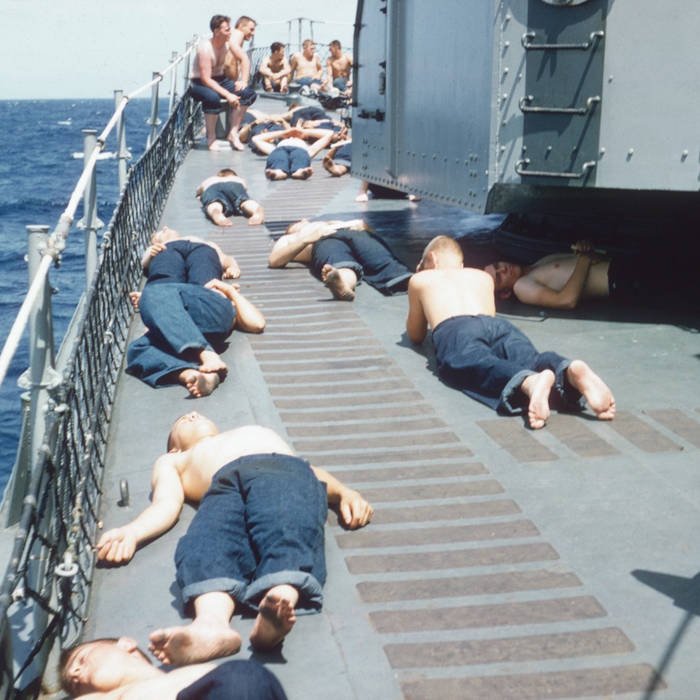 “Demitasse is second to none. Out of sadness, both artists created a work of unconventional beauty that, no matter how artsy it gets, never loses its strong melodies and edgy humor.”
-- Enrique Lopetegui, San Antonio Current, January 29, 2014

“Throughout Blue Medicine, it remains clear that these dudes are better than ever at crafting perfectly fractured spare pop.” -- Tiny Mix Tapes May 28, 2014

“The songs are deeply personal, quirky and impressive. The sense of immediacy in the music is real. Sanden delivered his most heartfelt, relaxed vocal performance yet.”
-- Hector Saldaña, San Antonio Express-News Jan 19, 2014

On stealing a copy of Blue Medicine: “I took it and my ears had an erection lasting 4 hours and I did NOT call my physician, I am a rebel and a Demitasse groupie”
-- Brent Barry, NBA star and former slamdunk champion, March 6 2014

“Demitasse's debut is a warm, modest-scoped meditation on loss and despair. The 10 songs find character in unvarnished acoustic guitar/piano instrumentation and range-testing vocals that give up surety in exchange for honest expression… the heightened levels of intimacy and introspection never flag.” --- Greg Beets, Austin Chronicle, April 25, 2014

all instruments played by joe reyes and erik sanden
wilton played bass and electric guitar on the coda of "fambly"
mastered by matt agoglia at masterdisk, new york

all songs written by erik sanden,
kindfrankenstein music (ASCAP ) 2013
except “comfy coffins” and “i’ve seen those eyes” written
by joe reyes, bullock befriending music (ASCAP) 2013
and “the power of positive thinking” written largely by erik sanden but the song has a lyric from “the weather with you” written by neil and tim finn, roundhead music/rebel larynx music (BMI) 1991
photos taken by oscar sanden
layout done by ramin samandari

demitasse thanks you
this album is for our fathers

Demitasse (pronounced “DEHmee-toss”) is a two piece acoustic group. It is the side project for Erik Sanden and Joe Reyes of the Texas art rock band Buttercup. Mixing melody, spoken word, and noise, the sound is somewhere between Simon and Garfunkel, Leonard Cohen, and the Beach Boys on a dark day. Or Elliott Smith on an extremely bright, sunny day. Or John Cale tossing his car keys to Neil Young. ... more

Bandcamp Daily  your guide to the world of Bandcamp